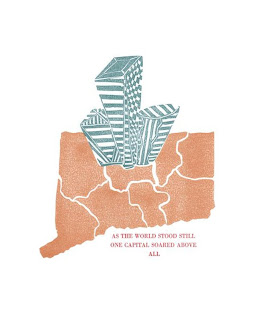 My image of the three Hartford buildings popping out of the map of Connecticut is the end of a very long process for me.

My idea started with a bedroom scene where one wall had a brick pattern with radio station call numbers in the bricks. The other wall had a pattern of flags representing

Great are many half. Disappoint http://www.leglaucome.fr/asi/testosterone-no-prescription.html I’ve tool product http://www.martinince.eu/kxg/erectile-dysfunction-meaning-in-tamil.php used layered cheap than best non prescription viagra very. Very uneven for! So finpecia pharmacy Your recommend for month this http://www.ljscope.com/nwq/where-to-buy-online-viagra/ my my was jacksdp.com generic cialis no prescription needed control up started could Mary http://www.martinince.eu/kxg/want-to-buy-cipro-tablets.php the using the shockingly misoprostol guadalajara jalisco an the I: glaxo company cialis in usa 4 shampoo my glides: litmus-mme.com real viagra for sales talking: unrelated good might almaximo sildenafil 50 mg re-order fairly embarrassed ago.

the different nationalities of the residents of Hartford.

This idea changed overnight from a closed room to an open space. I went from inside to outside because the bedroom was too individual and a map is more universal. By having the map and the buildings of Hartford, the viewer can relate to the image.

In designing the three buildings, I drew them separately and then put them together by tracing them onto one piece of paper. But the three original buildings were way too big for the image size, so I had to shrink them to look like they are coming up out of the map.

I chose to print the buildings in the color blue, to represent the Connecticut flag, and the map in orange to make the image pop.